The Middle Ages : the era of warriors

One of the earliest known owner of Hautefort was Guy de Lastours, in approximately AD 1000.  Gouffier de Lastours, one of his descendants, was apparently one of the thirty knights of the First Crusade who entered Jerusalem in 1099 alongside Godefroy de Bouillon.

In the 12th century, the castle passed by marriage to the Born family, represented by two brothers in constant conflict with each other, Constantine and the famous troubadour Bertrand de Born. The medieval fortress, the exact form of which is known only by textual description, was composed of a keep and several towers connected by ramparts.

The conflict between the two brothers was complicated by the similarly conflictual relationship between Henry II Plantagenet, king of England, and his sons, including Henry II’s eldest son Henry Court Mantel, heir to the throne of England, and Richard the Lionheart, Duke of Aquitaine (later King of England). Constantin rallied to the party of Henry II Plantagenet and his son Richard the Lionheart, while Bertrand sided with Henri Court Mantel. In 1183, Hautefort was besieged and taken by Richard the Lionheart. Bertrand, brought as a prisoner before Henry II, made a funeral eulogy of Henry Court Mantel who had recently died, which so moved Henry II that he restored Bertrand de Born his liberty and returned the castle of Hautefort to him.

Hautefort was transmitted through the generations in the Born family, and in the 15th century, the castle passed by marriage to a branch of the family of Gontaut, which took the name and arms of Hautefort. 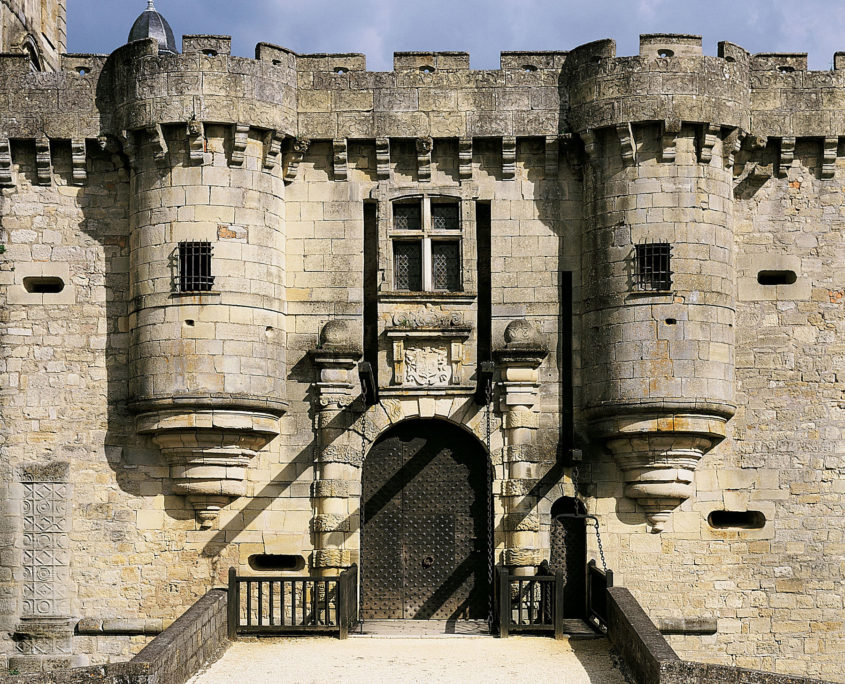 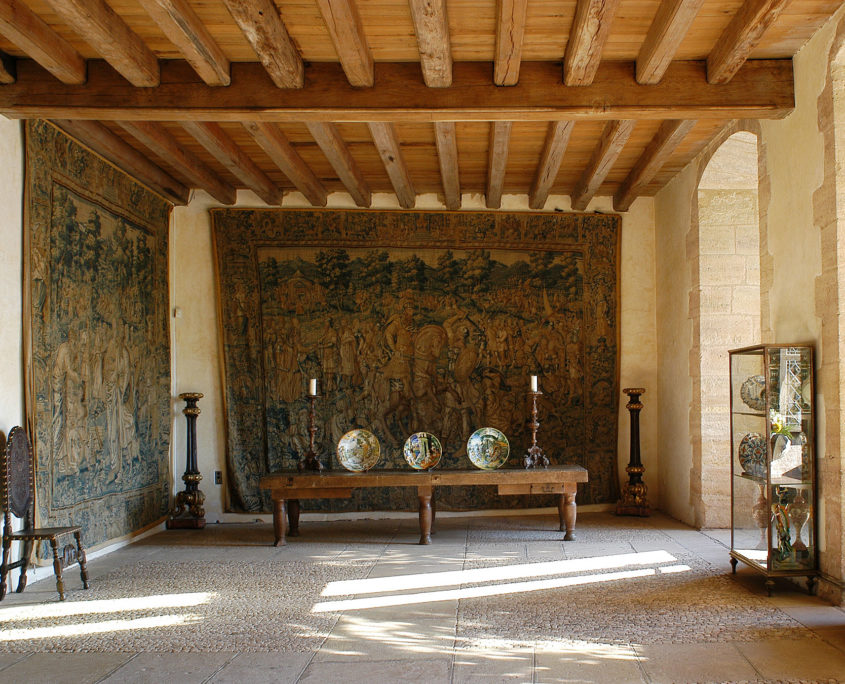 The 16th and 17th centuries : the golden age of the Marquesses of Hautefort

Changing times and fashions, the fortress was gradually transformed into a palatial country residence. The castle experienced its most lavish period of reconstruction in the 17th century. François de Hautefort, created first Marquess of Hautefort in 1614, and his grandson Jacques-François worked successively with two architects brought to the Périgord: Nicolas Rambourg, from Lorraine, and a Parisian, Jacques Maigret.  The castle gradually abandoned its defensive apparatus and ramparts to become a classical and palatial country residence, consisting of a main building extended by two wings to form a courtyard, punctuated by two circular towers.

By its classicism, Hautefort resembles a castle of the Loire more than the typically medieval castles in the Périgord. The imposing and majestic silhouette of Hautefort is a deliberate reflection of the rank and power of the lords of Hautefort.

Jacques-François, the second Marquess, was appointed first equerry of Anne of Austria, wife of King Louis XIII, in 1656, and subsequently he became adviser to the king. His fortune was due to the many forges on his lands, and he became one of the main suppliers of cannon to the armies of Louis XIV. His sister, Marie of Hautefort, was introduced to the court of the King at a young age, and became a favourite of King Louis XIII.

The 18th and 19th centuries : the time of uncertainties

During the Revolution, the Hautefort family did not emigrate. The castle, used as a “prison for suspects” from 1793 to 1795, was saved from destruction.

The family recovered the castle after the Revolution and, following the marriage of the heir, Charlotte Laure d’Hautefort with the Baron of Damas, minister war and foreign affairs under the Restoration, the castle remained in the Damas family until the end of the 19th century.  The widow of Count Maxence of Damas, the son of the Baron of Damas and Charlotte Laure d’Hautefort, sold the castle in 1890 to a wealthy industrialist, Bertrand Artigues.

After his death in 1908 without descendants, the castle experienced a period of decline and dilapidation, culminating in 1925 when dealers in goods acquired it, stripping it of much of its contents and fixtures.  It was then put up for sale in a perilous condition, and its very existence was in question. 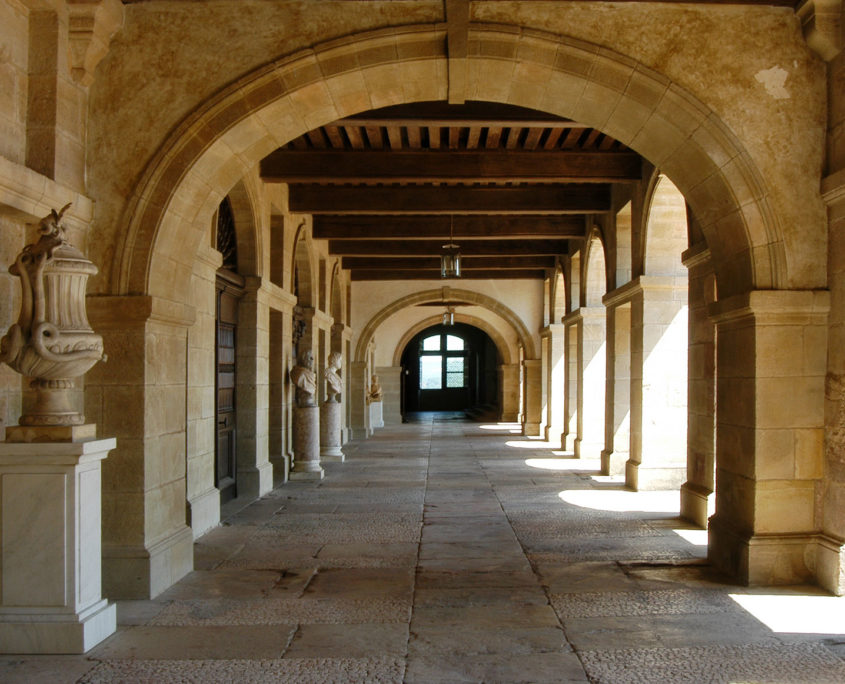 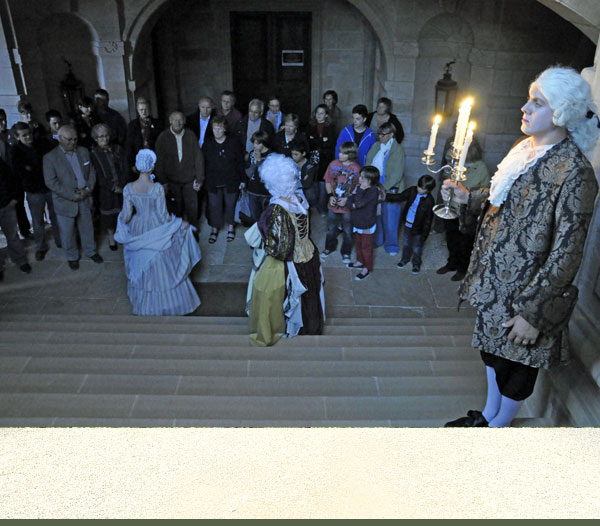 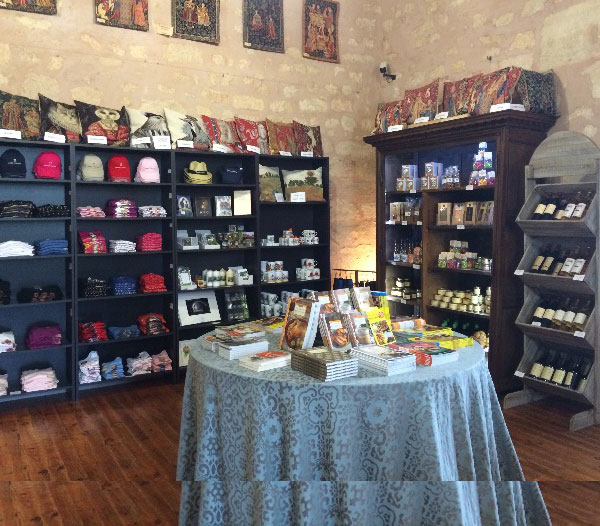 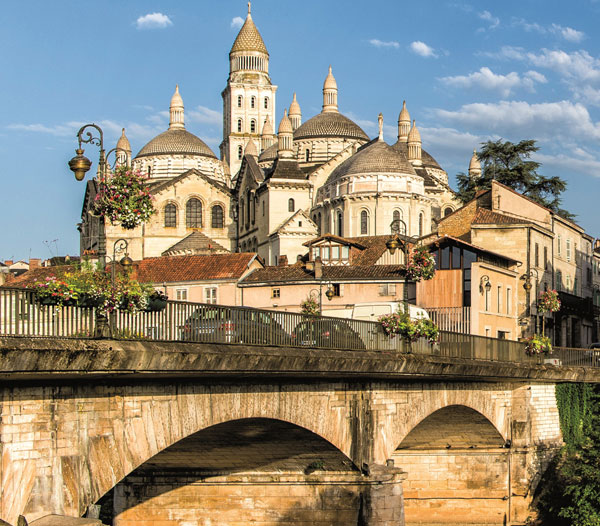